Following speeches by Ohio’s Lieutenant Governor, other government and corporate dignitaries, and a representative of the plant’s 2000 workers, Dr. Walker introduced the Chinese Flagship Program at OSU to Chairman Cao Dewang, founder of the Fuyao Group. During their exchange, Dr. Walker extended to Chairman Cao an open invitation to visit the Ohio State University and learn more about the many resources that the university and the Chinese Flagship Program can offer Fuyao.

The ceremony culminated years of preparation and planning for Fujian-based Fuyao Group, which also has US operations in Michigan and Illinois. Upon completion, the 116-acre facility, will be the largest glass fabrication plant in the world with the capacity to produce four million automotive car sets and four million automotive replacement glass windshields each year. Currently employing 2,000, Fuyao expects this number to grow to 2,300 – 2,500 by the end of 2017 to meet growing customer demand.

“Today’s grand opening in Moraine is the culmination of a monumental undertaking by Fuyao and our partners,” said Chairman Cho Tak Wong of Fuyao Glass Industry Group. “We are proud of our work in Ohio, in the heart of the U.S auto corridor, and are highly committed to supporting the growth of the North American automotive market. Fuyao China currently supplies around 70% of the Chinese auto glass market, and through close work with our OEM partners, we believe we will replicate this success in North America.”

The new Moraine facility represents $450 million in total investment by Fuyao, the largest Chinese investment in Ohio history and eighth largest direct foreign investment in the U.S. over the last decade. Bringing auto glass production back to the U.S., Fuyao aims to regenerate both the local Ohio community, with $25 million to $30 million funneled into the economy each month, and the broader automotive industry.

“Fuyao’s goal is to provide the highest quality product and outstanding service to our customers,” said John Gauthier, President of Fuyao Glass America. “Building on the heritage of this facility, the support of our community and state-of-the-art manufacturing capabilities, customers are already seeing the benefits from shorter development and shipping lead times. We are thrilled to receive strong support today from the wider Fuyao community and look forward to building on this foundation of innovation and success.” 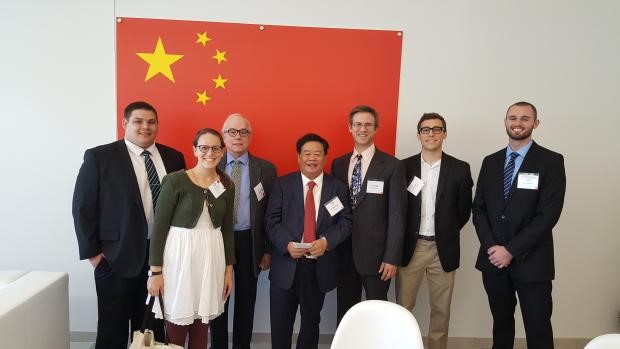